Where do You Draw Event Inspiration?

As an event professional, you likely rely on some degree of creativity and inspiration to design events, drive innovation, and make your mark on the attendee experience. But when the creativity wheels aren’t turning, and the inspiration isn’t flowing, it can feel hard to come up with fun or even new ideas and make meaningful progress at work. That’s why in this episode of the Event Brew, the Brew Crew is talking about event inspiration, creativity, and innovation.

Together, they’ll share where they draw event inspiration from. Spoiler alert, for some, it’s a shoe, and for others, it’s an old idea made new. How exactly do they build up their creativity muscles? Tune in to find out.

Deanna starts by sharing the question that prompted today’s discussion, “We got a question from Christopher H. Thanks for sending in your question, Christopher! He says, ‘You said, be creative to find new ways to execute events. Where can you find inspiration for being creative and innovative?”

“I love this question because finding inspiration looks different for everyone,” says Thuy. She finds inspiration in everything. “For me, it’s the color palette of a shoe, the texture of a wall, or the style of a building. I don’t look for it in the event industry; I’m trying to be innovative and ahead of the game. There are many ways to do it. You need to figure out who you are and what you like and then make space for the opportunity to be creative.”

Arianna also finds inspiration everywhere. “For me, it’s everywhere, and it’s event by event, program by program,” she says. “For example, as we were moving into this virtual space, one of the goals of events was to make sure everyone had a sense of orientation. So when I go somewhere I’ve never been, I pay attention to how I figure out where to go. How am I assisted in navigating this space? How are my expectations set? Was it in a pre-appointment email, or did I get a text message from the company? I think it’s critical to help people understand how to show up and help them not feel lost.”

Will agrees with Thuy and Arianna. “All of the people I’ve interviewed on #EventIcons say they get their creativity outside the events industry. Where creativity has been successful for me is when I start talking about it with other people.” Will finds value in sharing and refining ideas with others, but he also finds inspiration in personal experience. “Every time I’ve made a good business decision or had a good idea, I’m usually like, I would want this.”

Nick wants to emphasize Will’s point about bouncing your ideas off others. “There’s a lot to be said about the idea that creativity has to start somewhere.” For Nick, creative ideas often start at the individual level and grow in the presence of a community or small group. “You have to curate that group too.”

“Iron sharpens iron, right?” adds Deanna. “It’s that concept of not having an echo chamber, but having people that will take your idea and refine it. Everyone needs that in their corner.” 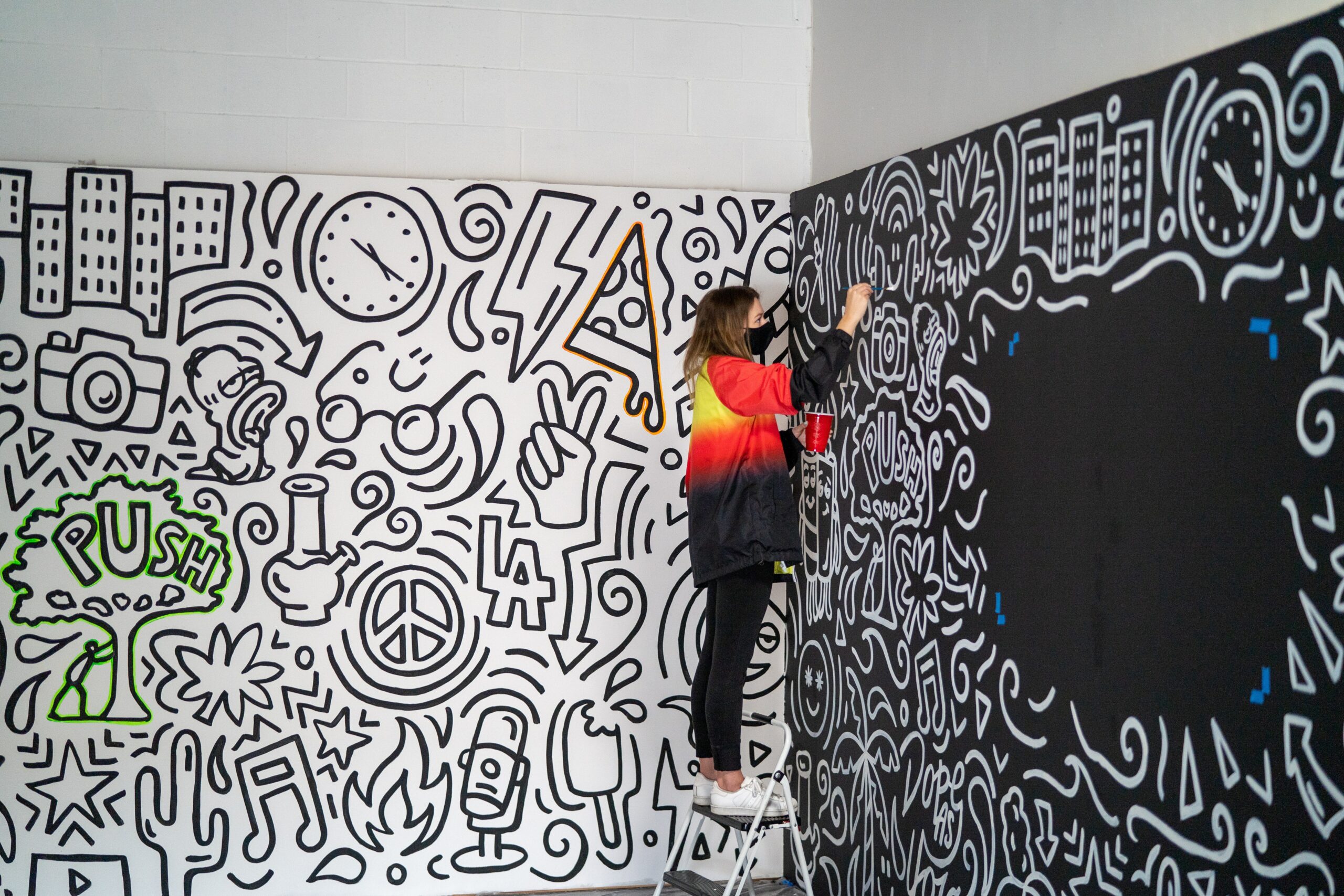 Steal Like an Artist and Build Your Creativity Muscles

In case hearing how the Brew Crew finds inspiration didn’t spark any inspiration of your own, Nick turns the Brew Crew toward reappropriation as a method for innovation. “There’s a book about creatively called Steal Like an Artist,” he says. “It explains how to be inspired and get creative thinking. You don’t take what someone else is doing one-for-one. Instead, you apply it to the world you’re in and your problems, using how you express things. It’s flexible and repurposed. That’s what we often do for event inspiration. We’re sponging up what other people do, and it’s filtered through who we are.”

“Nick, you’re speaking my language so much. My first degree was in visual art painting with a focus on pop art,” says Arianna. “Two words I learned were reappropriate and juxtapose. They’ve carried me so far. I love how you identified that it’s not one-to-one theft. It’s figuring out how to contextualize and juxtapose it in the moment and for the goals of your event and attendees.”

Deanna raises an important point about why and when event professionals often create or fail to create. “I just had a coffee lunch with a creator today, and we talked about creating for the sake of creating. I think, as event professionals, we don’t see purpose in creating without an end goal because what we create is so logistical and black and white. But creating for the sake of building that creative muscle will help you, like Thuy said earlier, to see inspiration everywhere. Once that muscle gets stronger, and you’re in the flow of constantly creating, the ideas come up organically and sporadically.”

Even though Thuy’s earlier comments about inspiration were about designing events rather than executing, she sees creativity in executing too. “I love that you say that,” she responds. “I always tell operations managers they’re creative too. Their brain just works differently. When Will was talking about bringing people to him, that’s where DEI comes in. It needs to be a diverse group of people. Bring in the salesperson, the ops person, or the executive levels because they think differently in their day-to-day lives. Hopefully, they’ll have some innovative ideas or potential solutions.” 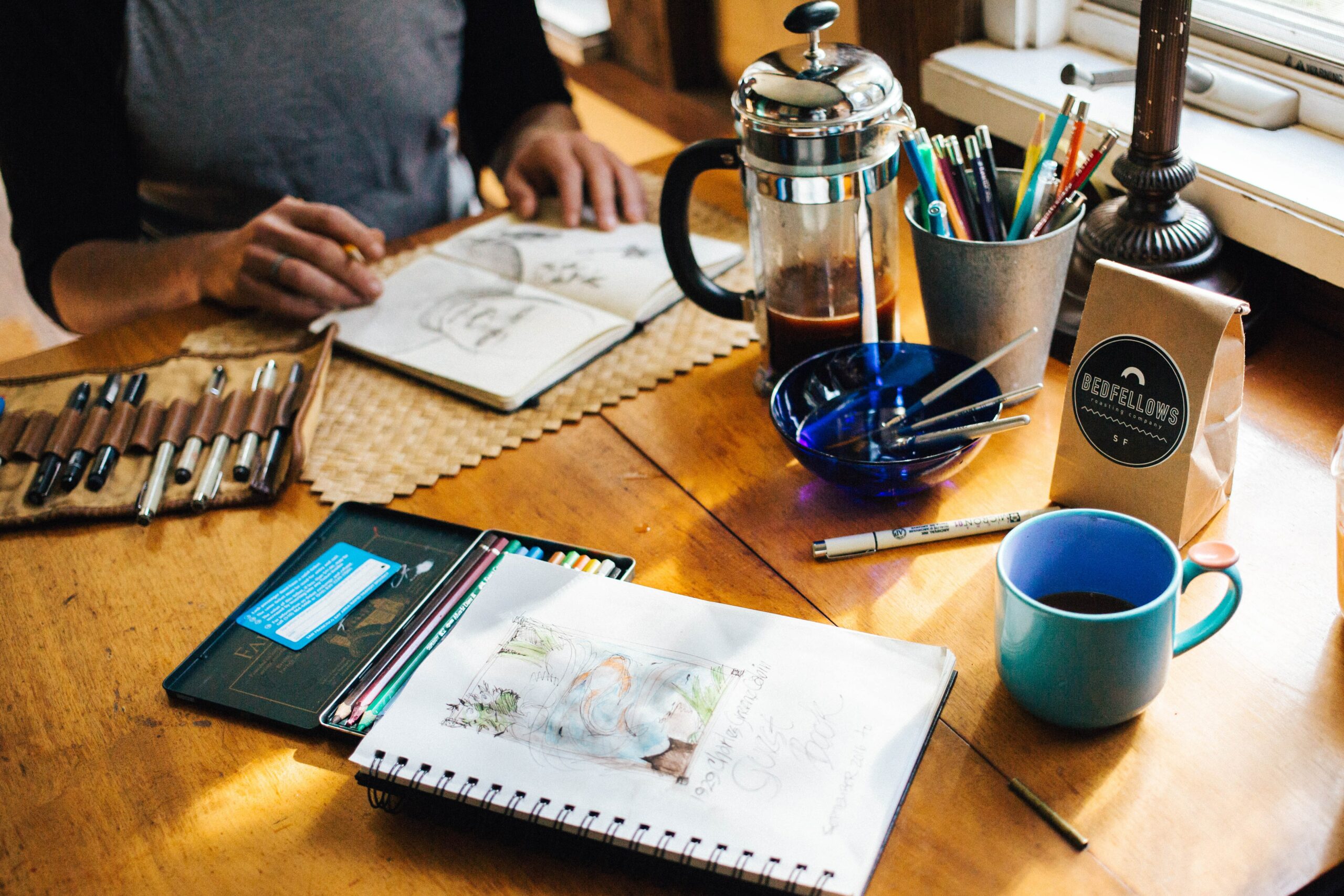 For today’s final discussion question, Deann wants the crew to share their creative outlets. “Before we close, what is something creative you’re doing in your life now?” she asks.

Eager to share her current outlet, Thuy shares first. “I just found out you can learn Valyrian on Duolingo. I’m a huge nerd in the category, so that is my creative outlet right now.”

“I have a weird answer,” says Nick. “I’ve been super interested in watching how my kids behave and thinking about it in the context of business. I watch how my kids ‘network.’ I watch how my kids tell stories and how they refine their storytelling. We gain so many limitations as we age because we learn about what is and isn’t possible. We also gain fears. I see the fears and creative limitations removed in kids, and I’m very interested in watching that.”

Next to share is Ariana. She finds it’s important to block out time and opportunities for her to play with ideas and get creative, even when her schedule makes it feel impossible. “I’m at the point where I’m about to ramp up into full insanity mode. So I’m committing myself to more group activities that force creativity on me because that’s the first thing to go when my schedule gets crazy.

She continues: “Being a part of Event Brew will be something for my brain to spin on and play with. I also just joined a digital advisory board with a group of Broadway folks. It just becomes so important for me to keep tossing ideas around. I’ve been in this industry for a long time, and I’ve gotten to a point where I don’t allow myself to play. Then I reach the end of the busy period, and I’m just burnt.

“Me too,” adds Arianna. “I’m terrible if I have anything beyond three bullet points. If you just let me riff ideas at you, that’s where my ideas start to formulate. It takes a while. I also like to tell people, ‘I know I’ve said this on this other thing, but based on new evidence, I’ve changed my mind. I was completely wrong in the way I was framing that.”

“That’s the mark of creativity you generate before you filter. Sometimes we filter first, and it keeps us from creating,” Deanna says. “In terms of a fun, creative project, I’ve been playing on TikTok for a few months, and it’s been fun. It’s not related to events at all, but it’s fun because I’m thinking of new creative ideas.”

There you have it! You can find inspiration everywhere around you and in anything. You must build and exercise creativity over time, much like a muscle. As the Brew Crew shared, this takes dedication and intentional effort, even when it feels impossible.

Thanks to Christopher H. for sending us today’s topic. We’d love to hear from you too. Where do you find inspiration? And how do you build up your creativity? We read every email, and who knows? Maybe your question will be featured on the next episode of the Event Brew.

A Guide to Generating Revenue Through Email and SMS Campaigns

A Guide to Generating Revenue Through Email and SMS Campaigns

Detroit’s Huntington Place to Be Redeveloped

Check Out These 11 Creative Workshop Ideas

Color, Larger Gatherings, and Buffets Will be the trends of 2023